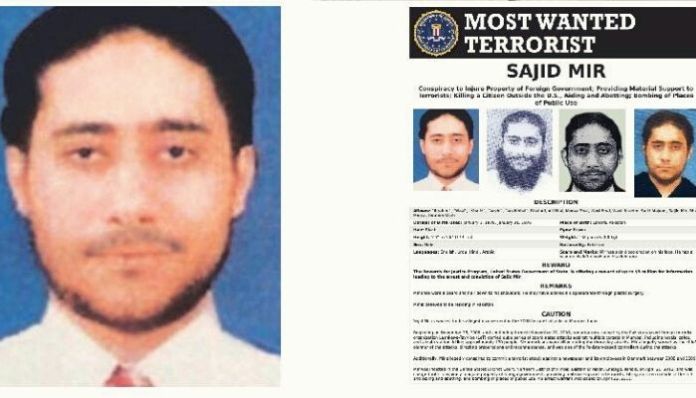 NEW DELHI: The United States has announced a reward of up to 5 million dollars for information leading to the arrest or conviction of Lashkar-e-Taiba (LeT) terrorist Sajid Mir for his “role” in the 2008 attacks in Mumbai.
“Sajid Mir, a senior member of the Pakistan-based foreign terrorist organization Lashkar-e-Taiba (LeT), is wanted for his involvement in the November 2008 terrorist attacks in Mumbai, India. The rewards for Justice program is offering a reward of up to USD 5 million for information leading to the arrest or conviction in any country of Sajid Mir for his role in these attacks,” said the US Rewards for Justice program in a statement, accessed here.
“Mir is believed to be in Pakistan, ” it said.
The statement comes two days after the State Department said the US stands along with India in its fight against terrorism.
On November 26, 2008, 10 terrorists, trained by the Pakistan-based terrorist organisation LeT, carried out a series of coordinated attacks against multiple targets in Mumbai — the Taj Mahal Hotel, the Oberoi Hotel, the Leopold Cafe, the Nariman (Chabad) House, and the Chhatrapati Shivaji Terminus — killing 166 people, including six Americans.
(AGENCIES)

JK NEWS MAGAZINE - 0
Cryptocurrencies We are aware of the world being advanced day by day and we, being a part of it are surrounded by digital currencies. The...